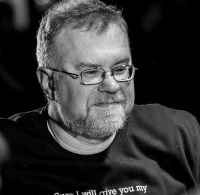 I have been working as Translator/Interpreter since 1994. I translate from English, German and Polish into Ukrainian and Russian. I've started as a staff interpreter with ARGE Walter-Tekser (a German/Turkish construction consortium), then continued with Tebodin Consultants and Engineers (a Dutch technical consulting company), ING IGA (as senior translator/interpreter on two banking advisory projects in 2000-2002 and 2004-2006), and Bank Aval (as staff translator/interpreter for the core banking system implementation project). I have been working as a freelance translator from English, German, and Polish into Ukrainian and Russian since 2007. I am committed to providing high-quality linguistic services and meeting deadlines agreed with my clients. My fields of specialization are Banking, Insurance, Construction, Finance, Accounting, Business Process Re-engineering, Technical Assistance, Contracts. Good knowledge of Microsoft Office and computer-aided translation environment tools (memoQ 8.7). In April 2014, I successfully passed certification examination of the American Translators Association, and was awarded ATA Certification for Translation from English into Ukrainian.