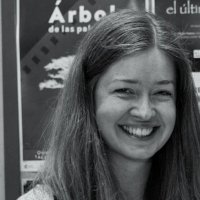 I'm a British translator working from French, Spanish and Portuguese into English and specialising in the social sciences. After completing a BA in French, Spanish and Portuguese (1st class honours) at Swansea University, I returned to do an MSc in Migration and International Development (Distinction) and a PhD on sub-Saharan African migration within the European space. I have spent lengthy periods living and working in all three of my source language countries and am currently based near Pontevedra, Spain, although I make regular trips back to the UK.

In addition to my academic studies and research, I have also volunteered as a translator, interpreter and teacher of English as a foreign language with charities working with migrants in several different countries. This has given me the practical experience necessary to supplement my academic knowledge and I regularly put this expertise to use in translations for academic clients, international organisations and NGOs.

Other fields in which I regularly translate are art and architecture, tourism, business and marketing. I have translated texts for museums, art galleries, academic researchers and magazines, including exhibition catalogues, PhD theses and philosophical essays. I also collaborate with several film festivals, including the Tarifa-Tangier African Film Festival (FCAT) in Spain, where I work as a translator and interpreter.

In 2017, I completed a professional training course in Simultaneous and Consecutive Interpreting at Estudio Sampere in Madrid. Since then, I have put my interpreting skills to use at conferences organised by UNED, World March for Women and the People's Health Assembly, among others.

Belmas, E. 'Conflict and Accommodation (1650-1800)', book chapter for edited volume to be published in the United States.