Girona, METM18’s host city, lies some 40 km inland of the Costa Brava and roughly 100 km north of Barcelona. In fact, the city is so far north you can glimpse the snow-capped Pyrenees from its 14th-century ramparts in the medieval quarter – it’s well worth the bracing climb to the top. 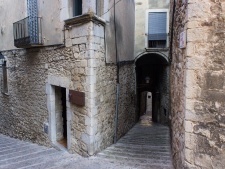 Girona dates back even beyond medieval times. The first known inhabitants were Iberians, but it was the Romans who left their mark some 2000 years ago, building a citadel, the Força Vella, parts of which can still be seen today. Over the centuries, Girona has been home to many peoples. In the 13th century, one of the largest Jewish populations in Iberia settled here. Today, the Jewish quarter, or Call, is among the best preserved in Europe. What’s more, the unspoilt Arab Baths hint at the city’s Moorish past. 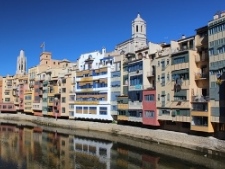 The River Onyar splits Girona in two, with brightly painted houses adorning the riverside. Eleven bridges span the river, including one built by the famous Eiffel Company. Five of these bridges connect the old town to the city’s commercial hub on the left bank, where you’ll find plenty of lively bars and eateries near the Plaça de la Independència. 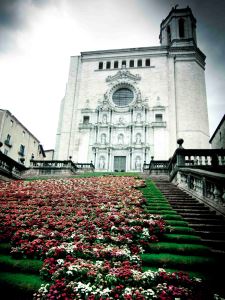 Girona’s historic heart lies to the east of the river. The city’s cathedral (a familiar sight to Game of Thrones fans) towers above the old town atop a sweeping set of stairs. Below is a charming patchwork of porticoed streets and cobbled squares. Amble a mere 10 minutes south of the cathedral through these tiny streets and vaulted passageways and you’ll find Centre Cultural La Mercè, METM18’s venue.

The city’s museums celebrate its rich and varied history. And there’s something 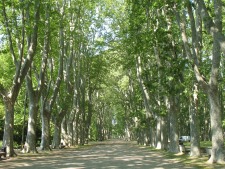 special for cinephiles: the Museum of Cinema exhibits local director Tomàs Mallol's collection of cinema throughout the ages. For those who prefer the country air, rural escapes are close at hand.
Arriving early or planning to stay on after METM18? Here’s a more detailed guide to Girona’s must-see sites.

Girona is beautifully compact: a leisurely stroll around the old town takes about two hours. In what’s now becoming a METM tradition, there are plenty of steps to climb, so pack some good shoes.

If getting around on two wheels is more your thing, try Girocleta, the city’s bicycle-sharing system. Hire a bike for just 2 EUR a day (150 EUR refundable deposit) and use the docking stations around the city.

For all other local travel needs, including info on accessibility, click here.
Members